This is an awesome Winter lesson from Deep Space Sparkle to do with your art students. Cut paper, painting, self-portraiture, and more! The kids loved it and what made it even better is that it snowed right in the middle of our project so they got to experience going out and making snow angels! That’s a rare day where I live.
The first day of this project we made ourselves out of cut paper. The second day we painted the snow angel outlines and filled them in before gluing ourselves back into them. Then we added a little sparkle for some snow magic!! ❄️❄️❄️ 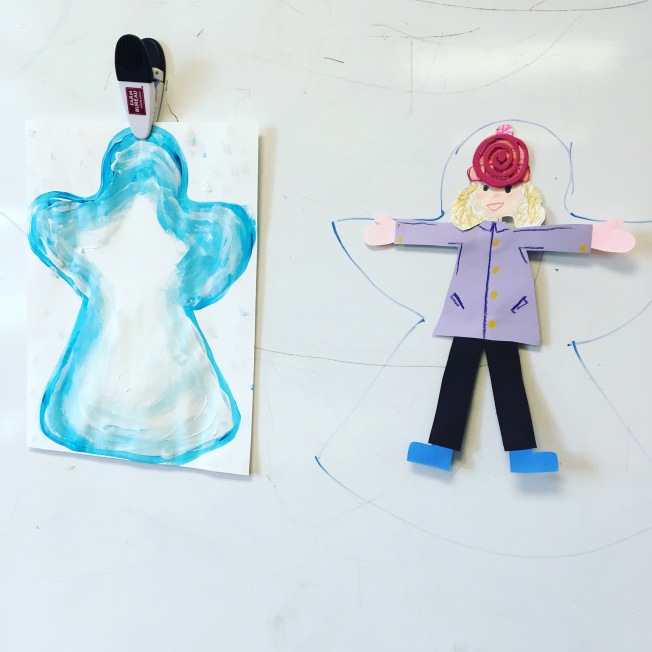 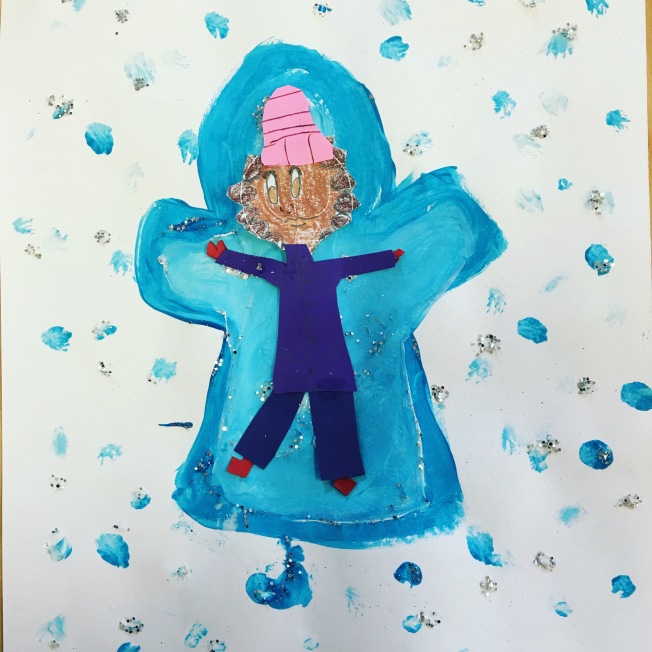 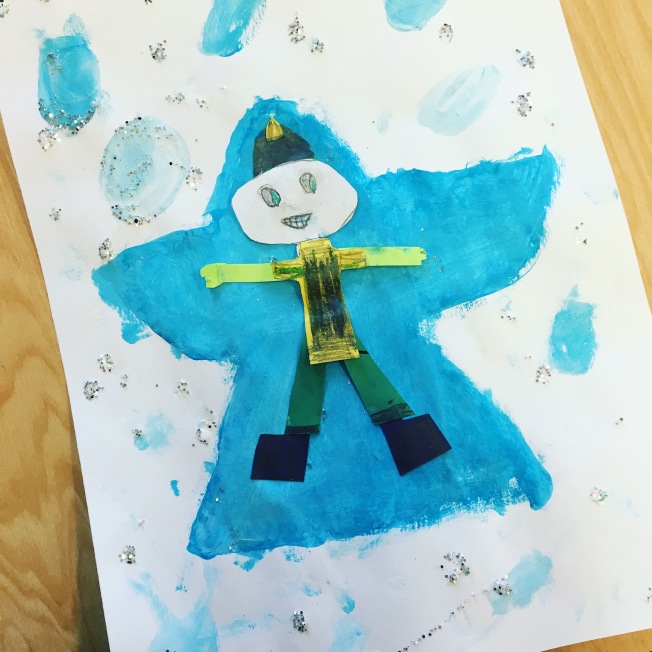 This little third grade Dia de Los Muertos project was enjoyed by my third graders and by me, too!

I love Crayola Color Sticks – they can be a nice alternative to oil pastels when you don’t need to blend colors and don’t want the awful fingerprints all over the nice pictures. No need to sharpen, peel, or wash off and they keep working even when they break. 👍🏼

I found the idea here and we made it our own. Thanks, Ms. Kristen!

We used paint only to made the skeleton. While that was drying, we glued the squares for the border. The second class we added the facial details and flowers with the color sticks. Voila! 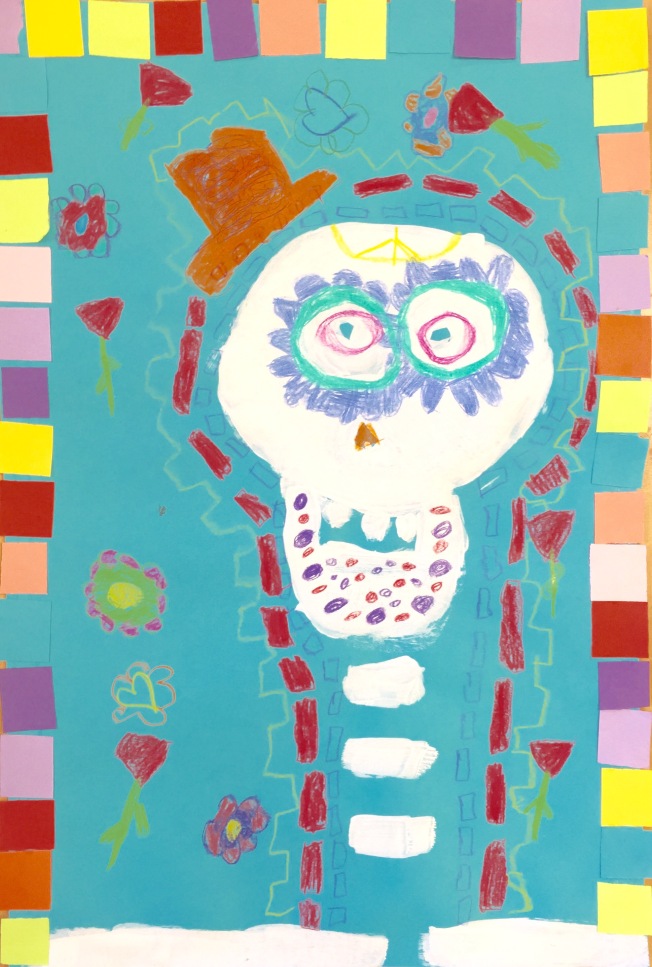 Ps – I love how commonplace Day of the Dead has become. The kids totally get the idea behind it and love sharing their own memories of lost loved ones with their class. The symbolism is meaningful, colorful, and fun and I think one of the most important lessons we learn in life is to remember our history, be grateful that it happened, and celebrate the good times instead of hanging onto the sad.

I found this great project at the end of last year and have almost waited too late to do it this year. It will probably be our final project for the year and the kids are loving it. The original lesson can be found over at Art Rocks! She was inspired by the Monster Mama book by Liz Rosenburg, illustrated by Stephen Gammell. I thought I would also tie in some art history in addition to the literacy aspect by showing them Edvard Munch’s The Scream. Like I said, they are loving it.
The first day, I introduced them to the book and the painting and then we drew our screaming faces with pencil. Most classes also had time to trace all of their pencil lines with Sharpie.
The next class was spent discussing how awesome oil pastels are and how to blend them.
The final class will be spent experimenting with using a straw and paint to blow out the top of the head. They are so excited about this step and I’m looking forward to sharing the results.
Check out where we are so far… 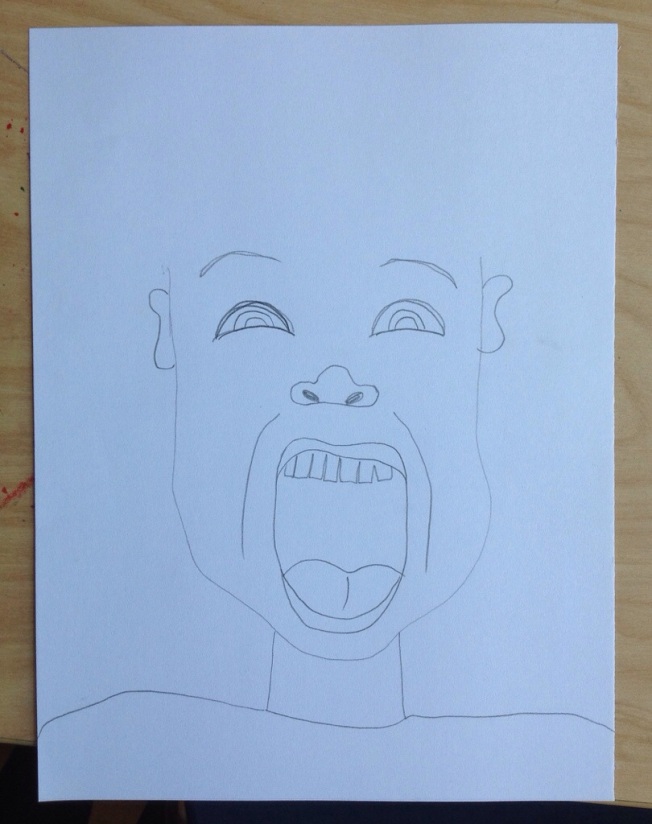 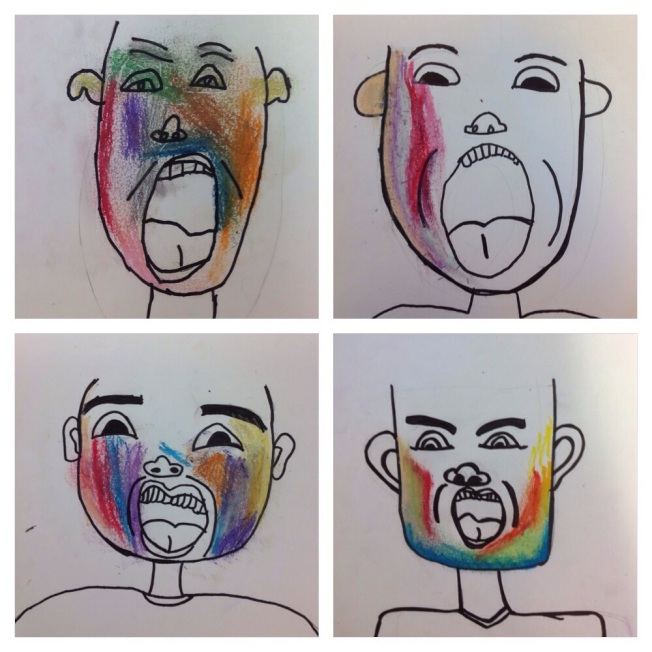 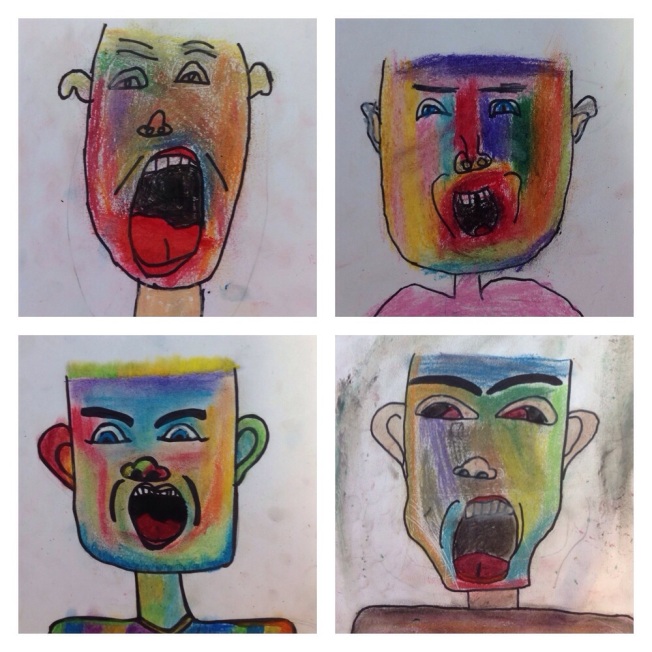 It’s time for my third graders to learn about Picasso and all of his guitars and then make one of their own with painted paper. …maybe I should have called this post Picasso’s Painted Paper Pickers. 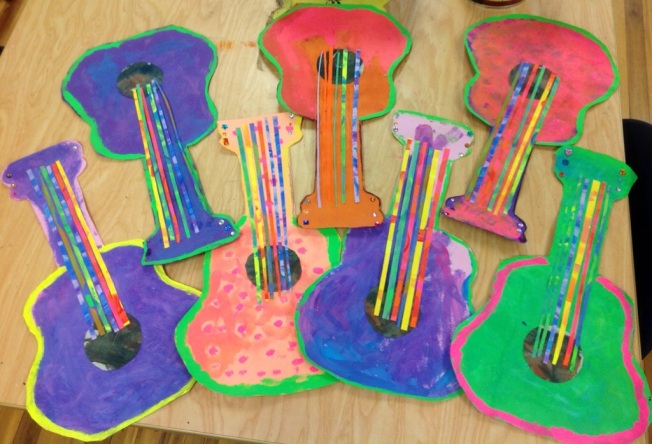 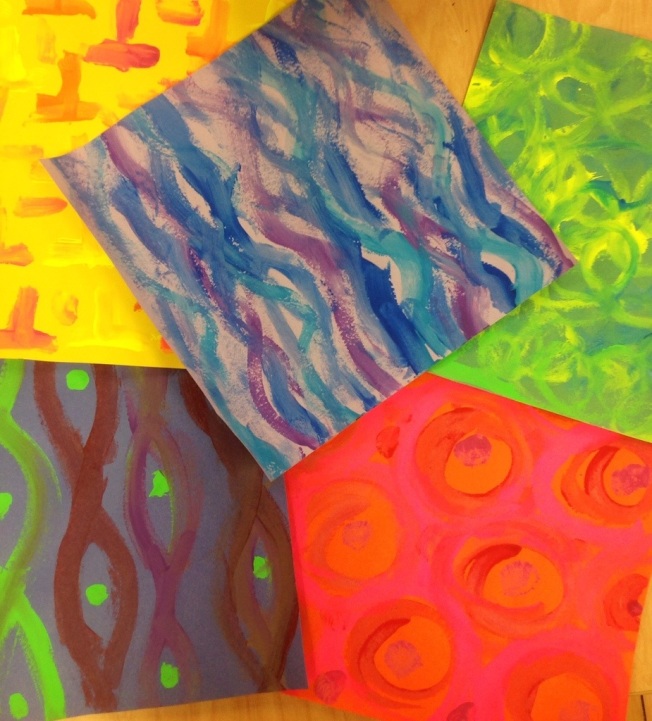 2014 is the Year of the Horse and the Chinese will be celebrating on January 31st.  Several of my classes will be creating Chinese New Year inspired art over the next couple of weeks.  I’ll post some examples of their projects here.  I have step-by-step photos for some of the projects as well.

Kinders will be creating some simple dragon puppets and working on fine motors skills and cutting some pretty intricate lines.  They will also be using the accordion fold to make the torso of their dragon.

First graders are also making dragons but they are making their own heads and creating the body out of a paper chain. 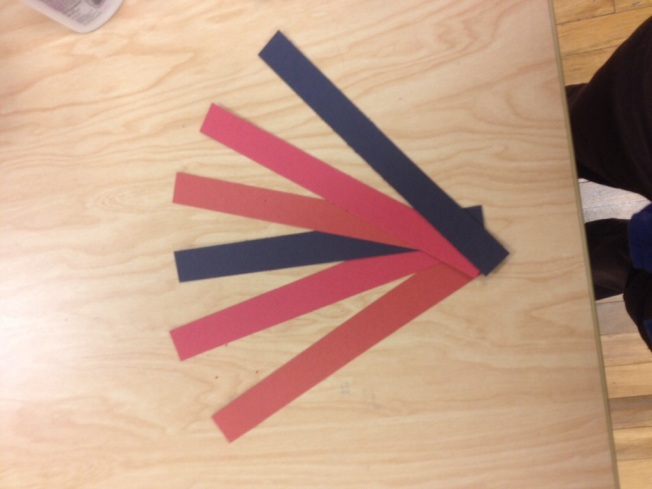 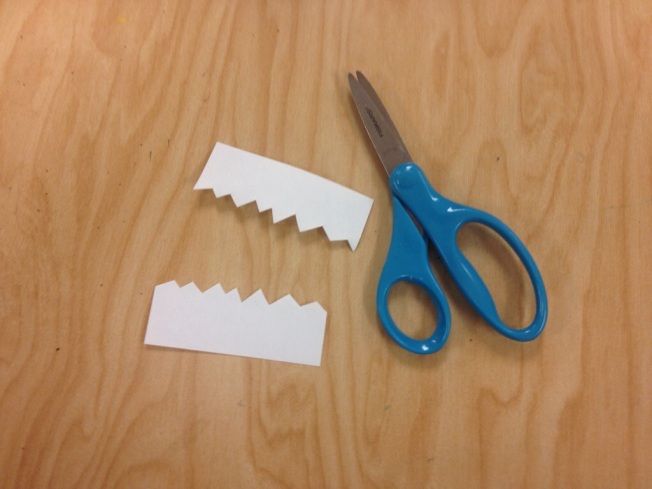 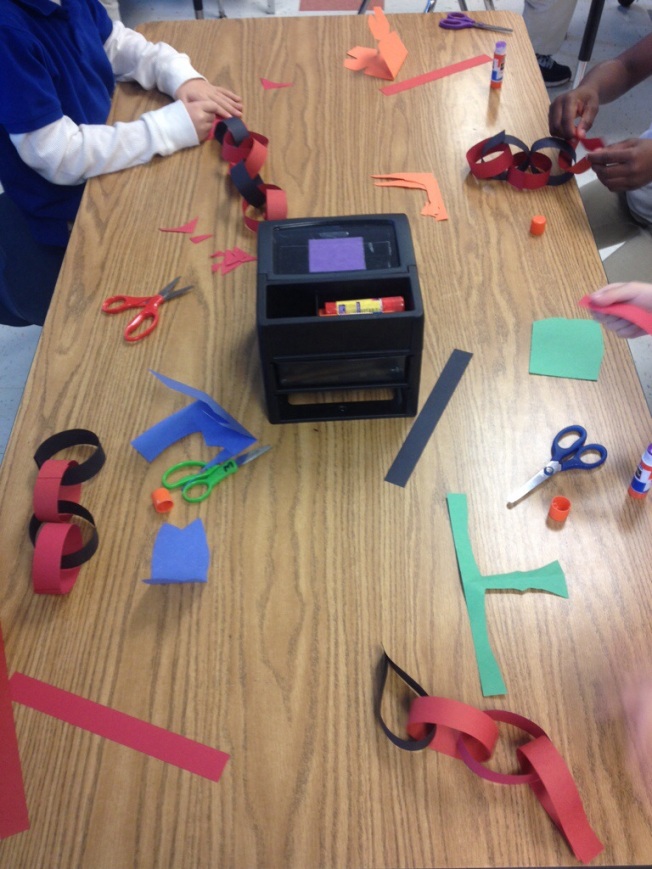 With Third Graders, after discussing Chinese New Year traditions vs. American New Year traditions, I give them a piece of paper and we draw dragons but they don’t know that they are drawing dragons at first.  I just give them instructions to draw a triangle at the top of the paper, then draw a triangle at the bottom.  Connect the two triangles with a curvy line.  After we draw in the details of the head they will guess what we are drawing and then I can show them my finished example.  We discuss pattern and they have to create the body using only lines, shapes, and colors in a pattern symmetrically on each side of the center line of the dragons body.  They can add wings and a background as well.  I was really pleased to see some of them using other objects we had discussed, like the red lanterns.

Second graders will be doing some paper lantern art, found on Pinterest, but it only leads to a picture.  Let me know who I can give credit, if you know!

And fourth grade will be making some Chinese scroll paintings in the next couple of weeks.

Looking forward to seeing all of these awesome projects hung together!

I found this picture on Pinterest (of course) but the link was only the photo so if you know who I can attribute it to, please share! 🙂
The kids did a fantastic job of painting their skies and learning to mix the tints of blue. These really pop on the bulletin board and I’ll share some more pictures once I get them all hung up. 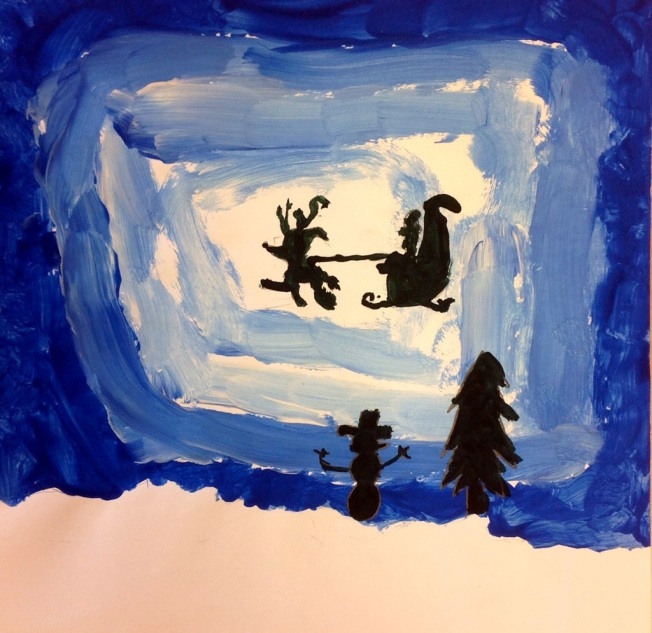 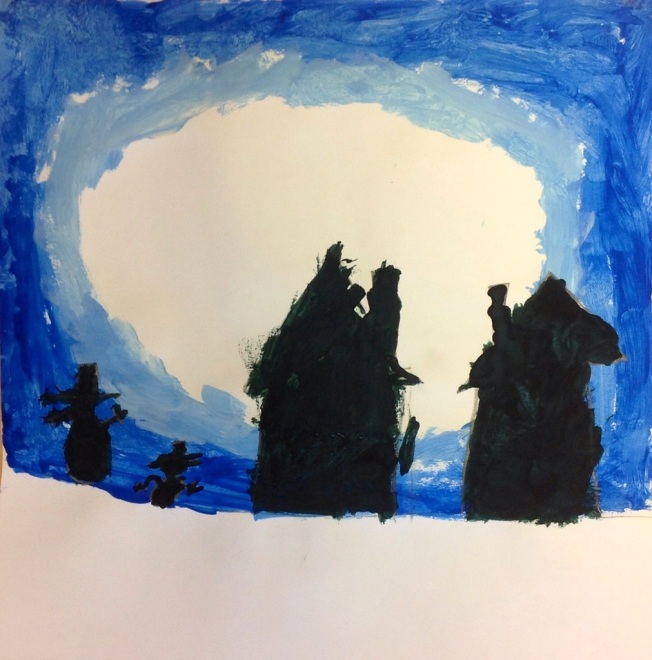 This project was inspired by a photo I found on pinterest. Initially it was a dead-end photo but the artist reached out to me and so now I know who this awesome piece of art belongs to and she even has a tutorial on her own site for how to go about making hers. Here’s the link: a shoebox of photographs: A Tree Grows (and a paper crane update)
http://rettg.blogspot.com.au/2011/01/tree-grows-and-paper-crane-update.html
This project works perfectly to discuss warm and cool colors with my third graders. It also created a great opportunity to practice using rulers and a compass.
These pictures are my examples step by step. I’ll add pictures of their work when we are finished! 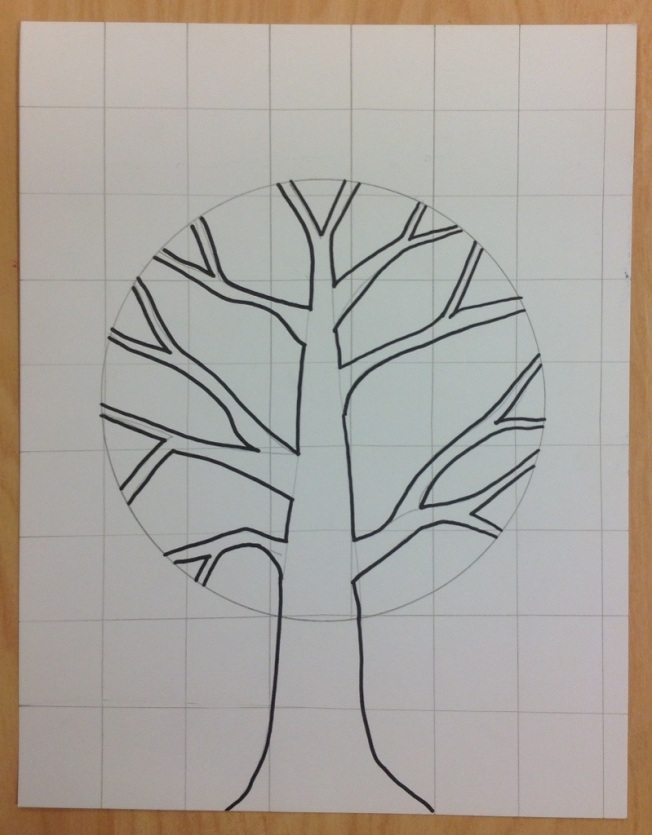 Third graders will be starting these haunted house collages next week. I’m looking forward to seeing how they personalize their own! 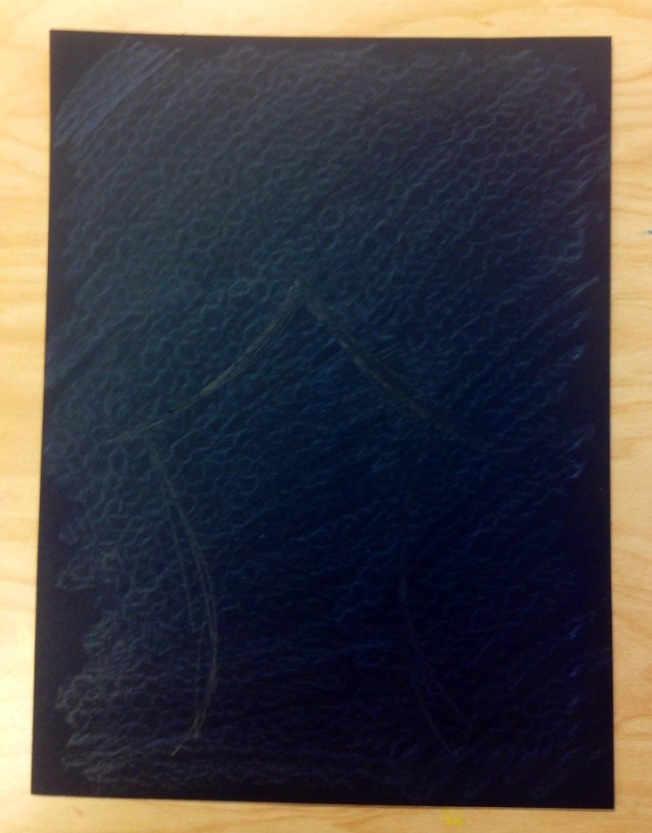 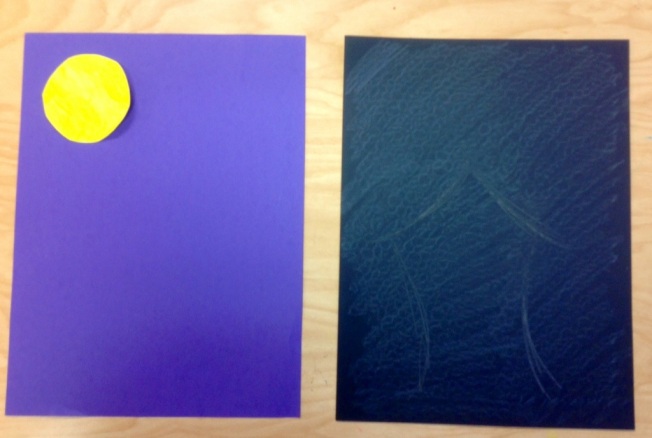 Mrs. Osborne and the third graders are SO ready for summer and it’s showing in our sunglasses!
Third started their final project this week by creating some black frames and then making the lenses to in them. They had enough time to sketch out what they had planned in the coming months and we will finish coloring next week. I’m still debating on having them mount the sunglasses to a bright piece of paper.
Ps – If you do this with your kiddos, get your camera ready because they all look hilarious when they finish making the frames and decide to try them on. I’ll share a pic of my “art nerds” tomorrow!

We are finally starting to finish the zentangles and they are turning out beautifully! Some examples: 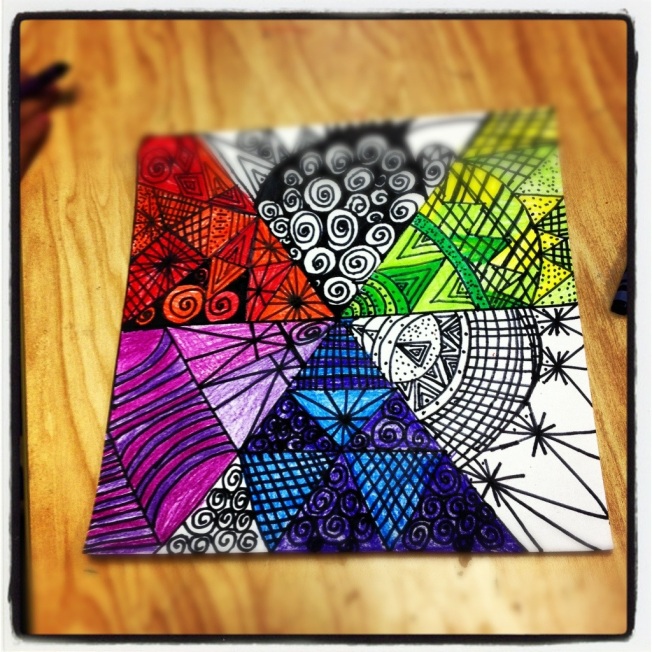 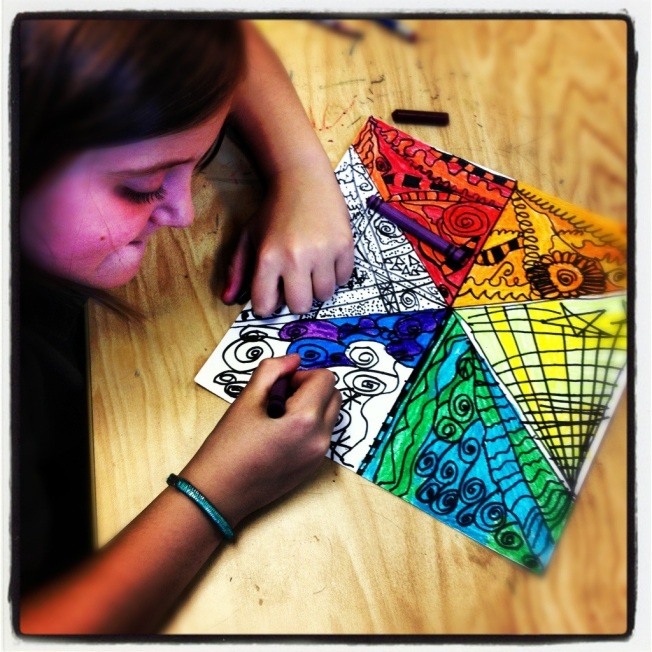